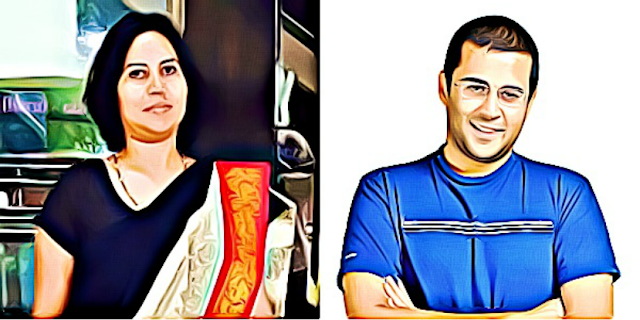 Early this week, I saw several facebook posts stating about Chetan Bhagat's plagiarism issue. I came to know that a Bengaluru based author, Anvita Bajpai has accused Chetan Bhagat for plagiarising her story, Drawing Parallels in his recent book, One Indian Girl. These posts were then followed by several media coverages across the country.

Generally, I prefer not to speak about any controversial issue. But then something was different this time. Firstly, I am friends with Anvita Bajpai at facebook since past 3-4 years. Secondly, I have seen her at the Bangalore Literature Festival where she claims to have given her book to Chetan Bhagat for review.

Let me rewind my life a few years back. It was mid of 2014 when I landed Bangalore looking for better job opportunities. Somewhere in early August that year, I met Vikram Sampath, founder of Bangalore Literature Festival at International Folk Festival at Jaya Mahal Palace, Bengaluru. He introduced me to Shinie Anthony, another founder of the Bangalore Literature Festival. I came to learn about the festival through them.

Almost after one and half month later, Bangalore Literature Festival was conducted. Since this was the first Literature Festival I was attending, I was quite excited. Chetan Bhagat was available on the very first day for the inaugration ceremony of the festival. I was quite new to the industry and thought getting rave reviews from popular authors would help my book. That was the reason I carried few of my books to the event.

I believe it was after 2:30 pm, when Chetan Bhagat was done with his session with Shinie Anthony, he walked towards the Author's Lounge. Several fans of him followed him. I believe this crowd had lot of new authors as well as aspiring ones. I was too a part of the crowd. We waited outside the Author's Lounge for Chetan Bhagat to come out, either to give our books, get his book/s signed or getting few pictures clicked with him.

I was sitting outside the Author's Lounge when I saw Anvita Bajpai near the drinking water area for the first time. Her face felt known to me. With social communities getting bigger and bigger, I understood she is one among the authors I've added in facebook. I scrolled down my friend list to find out who she was and landed over her profile after few minutes. Since I did not find any necessity, I did not buzz her. I waited there for Chetan Bhagat to come out.

In case, we all trust her, I would say, she must have given her book to Chetan Bhagat the same day. I too gave my book to Chetan. And, I believe, many others gave it too. But then, would Chetan Bhagat remember each one of us? Would he care to read all our books? I'm not sure what happens to books when it goes to someone like Chetan Bhagat.

By 26th April, late night, I saw a facebook post by Anvita Bajpai claiming in her own words that some of her friend shared links where glimpses of her book "Life, Odds & Ends" can be seen in hands of Chetan Bhagat during BLF 2014.

I tried to have a better look and was shocked seeing the image. And, that is also the reason why I'm writing a post about this whole issue. 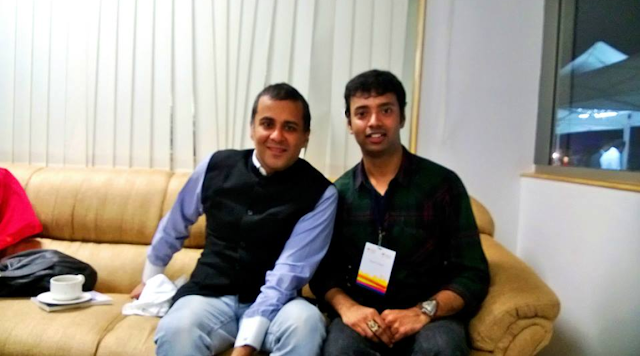 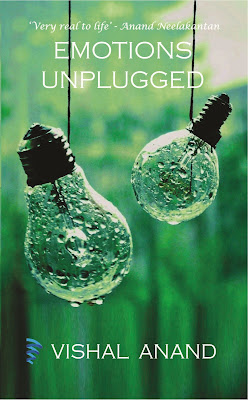 If you try to have a closer look of the image Anvita shared, you can see the top right corner of the book cover has some white space which was actually in my book cover. Moreover, you can also have a look of one of the bulbs below the white space.

Another thing that the picture doesn't say is - The red piece of cloth and the bag in the left corner in the image belongs to Shinie Anthony. I'm sure if inquired and requested (hoping she has a good memory), she can confirm that the book kept below the tea cup belongs to me and not Anvita Bajpai.

I'm not sure if Anvita got the high resolution image as she requested, but I'm afraid that her claim mentioning glimpses of her book, Life, Odds & Ends in hands of Chetan Bhagat during BLF 2014 based on the image she shared is totally wrong. Moreover, Chetan didn't carry any book in his hand all through the event.

I'm not saying that Anvita must have posted the image knowingly to prove her point that Chetan carried her book. It totally might be a mistake she did, but thought she is correct.

However, this also makes me think. - Can't it be the same case when she accused Chetan Bhagat? Can't it be just few mere incidences that she thought has been copied from her book? I'm not sure who among the two, I must trust.

But I want this whole issue to get closed soon because this surely is not a good sign for the industry which is already facing a lot of problems. If Anvita Bajpai is true, she must get the compensation she is demanding. Though I'm not in favour of stopping the sales of the title, One Indian Girl. However, if Chetan Bhagat is true, he must get back the honour that he has won all these years because of his hard work.

As I write this, I completely have faith on the judiciary system of the country and whatever decision they share in the months to come. I shall surely respect it.

I would have chosen to stay mum as I do in all other cases. After all, I belong to a society where we don't care to speak until we are the victim. But then, I had a thought. Today, it is Chetan Bhagat who is accused, it is Anvita Bajpai who seems to be the victim. But tomorrow, it can be me. Will I still be mum?
Posted by Vishal Anand at 4:16 AM